SHUBY IS A UK BASED STUDIO AND STREET ARTIST.

Shuby uses print, collage, paint and photography to create original reinterpretations that revel in absurdity, kitsch and irony. Her cheeky visions are almost dream-like in their Technicolor intensity. She works in a wide variety of mediums including paintings, printmaking, ceramics and reworking found objects. Her influences include Josephine Baker, Busby Berkeley, Ellen Gallagher, Andy Warhol, Eduardo Paolozzi, and Martin Sharp. 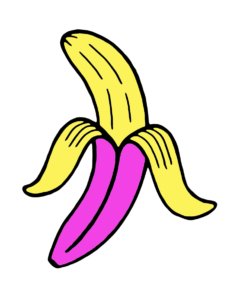 The common motif of the four being the banana. Shuby has pasted her collaged posters in many destinations around the world from busy cities like New York, London, Paris and Sydney to abandoned worlds of Doel, Belgium and Teufelsberg spy station, Berlin. Her banana and bunny motifs have become a naughty but innocent calling card, instantly recognizable and intrinsically humorous.

Following the growing interest in Shuby’s street art, a live-work art residency at Bow Arts Trust in London was offered where she began her studio practice. Since then she has developed a distinctive style with a wide range of varied source material that encompasses found photos to images inspired by the iconography of retro film posters, advertising and pop images.

These are all deconstructed, reworked and punctuated with her evolving motifs. She now has a studio in Hastings where she continues to paint, make print editions and work on commissions 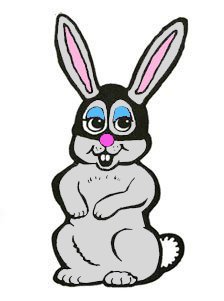 Shuby has been collaborating with Daisy Green Collection since 2013. Her art can be seen in almost all of their 11 locations, including the iconic vaults at Daisy Green Marble Arch, the Lone Rangers and Candy Barr in Scarlett Green, Soho and her largest bespoke collage scenes in Beany Green at Regents Place. On the Southbank outside the Royal Festival hall  Shuby decorated coffee shop shipping container surrounded by Your Banana Needs You deck chairs. Look out for her pop art limited edition prosecco labels and Radio Lamington logo on the Beany Green luxury lamington boxes.

Find out more information about Shuby by downloading her CV with details on previous exhibitions and works.

Enter your email for my latest pieces and news